Cheim & Read is pleased to present our first online viewing room in conjunction with our inaugural exhibition, ron gorchov: at the cusp of the 80s, paintings 1979–1983. This online presentation offers an overview of Gorchov’s work, which can be classified into two types: saddles and stacks.

The first are the shield or saddle-like shaped paintings. Gorchov developed his signature format, in the late 1960s, by dipping wire forms in liquid that would eventually harden and become rigid (see below, GOSSIP, 1976). In the mid-1970s, the artist re-emerged after a hiatus from exhibiting his work publicly, and presented these early efforts stretching linen across a wooden saddle-shaped stretcher. Some paintings featured two keyhole-like figures side by side on a monochromatic ground, a motif the artist would return to over and over for the rest of his life. One example from this decade is COMET, 1974, in the permanent collection of the Museum of Modern Art, New York. Other series of works, such as the group of paintings on view at Cheim & Read, explore more pictorial methods of painting, with gestural brushstrokes and imagistic space. Over the intervening fifty years, Gorchov has continued to make paintings using this distinctive shaped canvas. 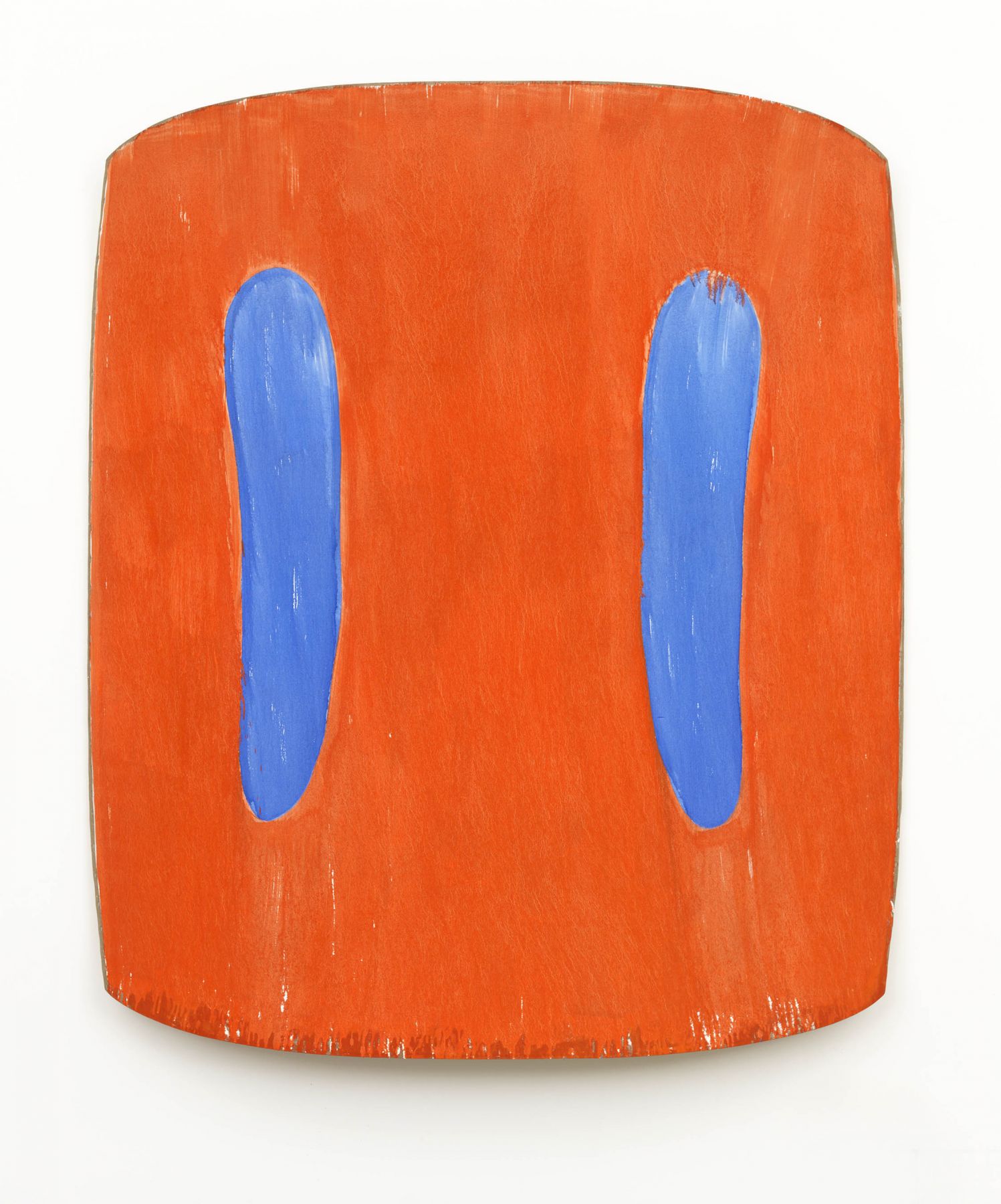 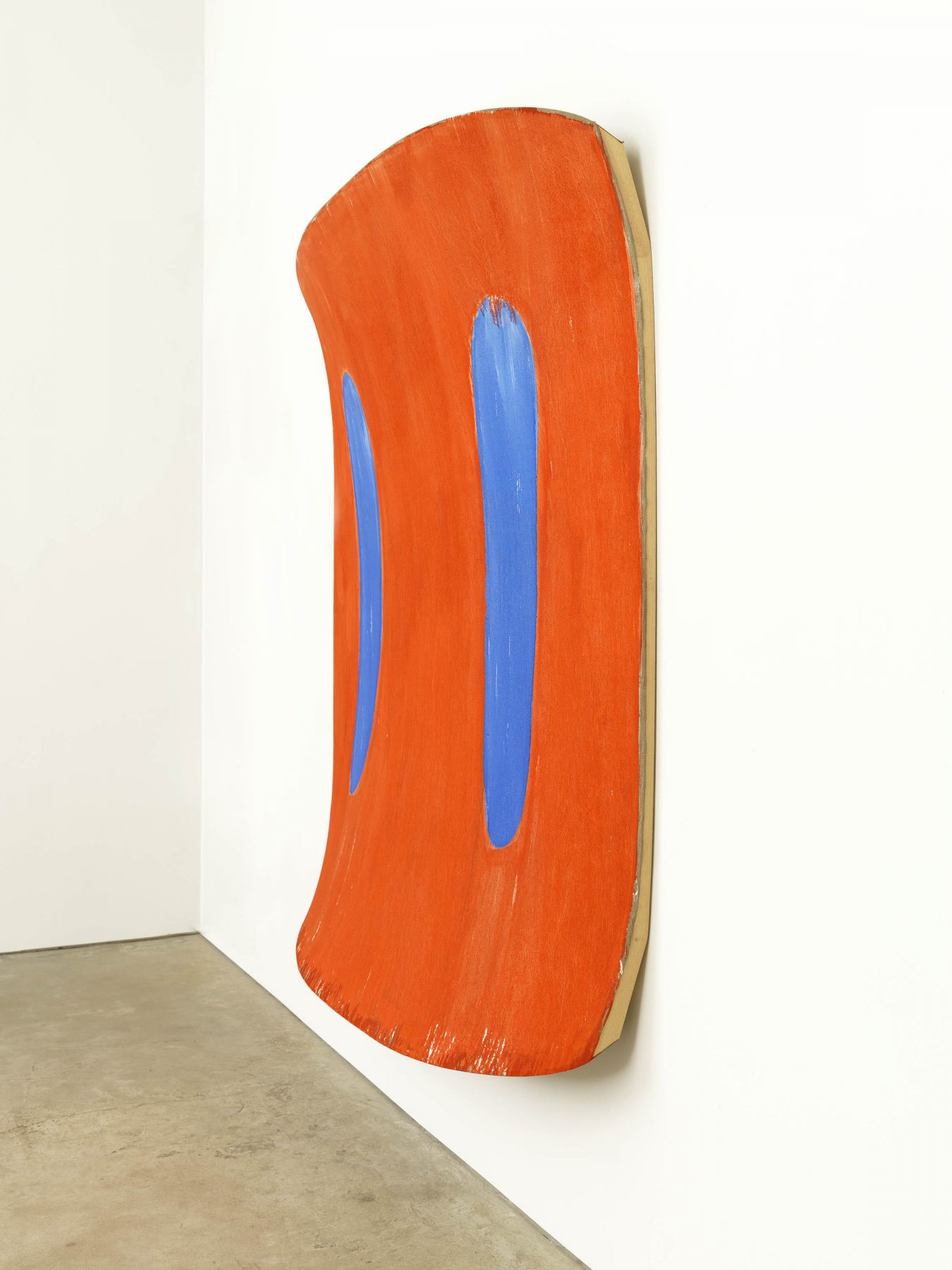 “Part shield and part mask, the bilaterally symmetrical results suggested someone painting with both hands at once—with or without paintbrushes. They forced Minimalism’s object awareness back toward something more essential, visionary and slightly loony. They suggested all art as a form of self-portraiture and personified the starting-over, anything-goes optimism of 1970s painting in this country.”
—Roberta Smith, The New York Times, June 10, 2005 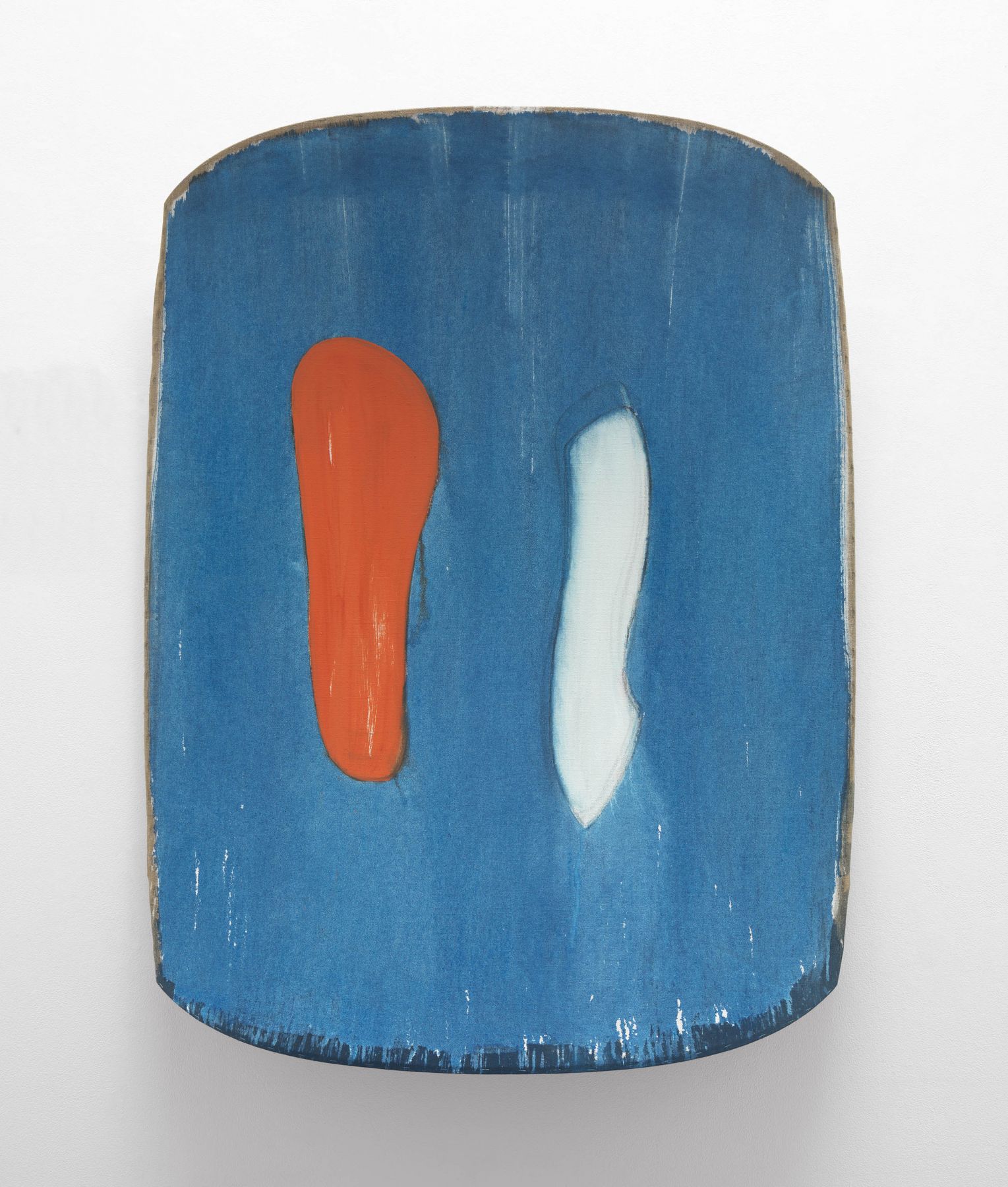 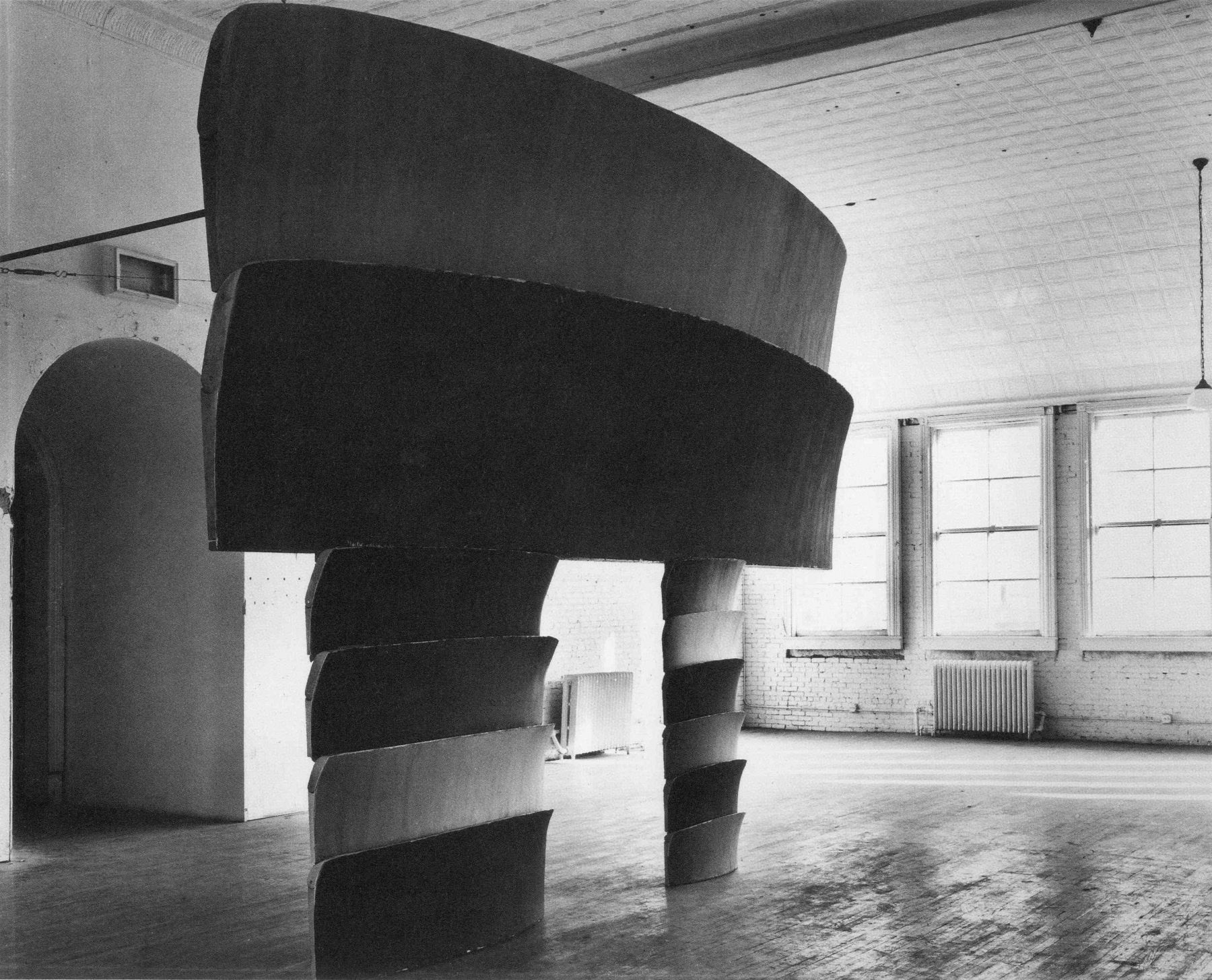 Oil on canvas mounted on custom wooden frames, with steel stanchions and tethers

Fundamental experiments with installation-size paintings, such as ENTRANCE, 1971, which stack these saddle-shaped canvases and expand the painting’s scale to an immersive 20-foot length and 15-foot height, were instrumental in Gorchov’s development of the second group: stacks. These multi-panel works take an abbreviated version of the shield shape and vertically stack the overlapping forms in a variety of colors. These colors, positioned against one another, create associations and references to other kinds of painting and natural phenomena. For example, ARCTURUS, 2016 (below), is topped with a bright sky-blue color, with the reds, grays and whites beneath it creating an association with land- or cityscape motifs. The entire object-painting also casts its shadow to the side and beneath it on the wall, underscoring its particular structure. 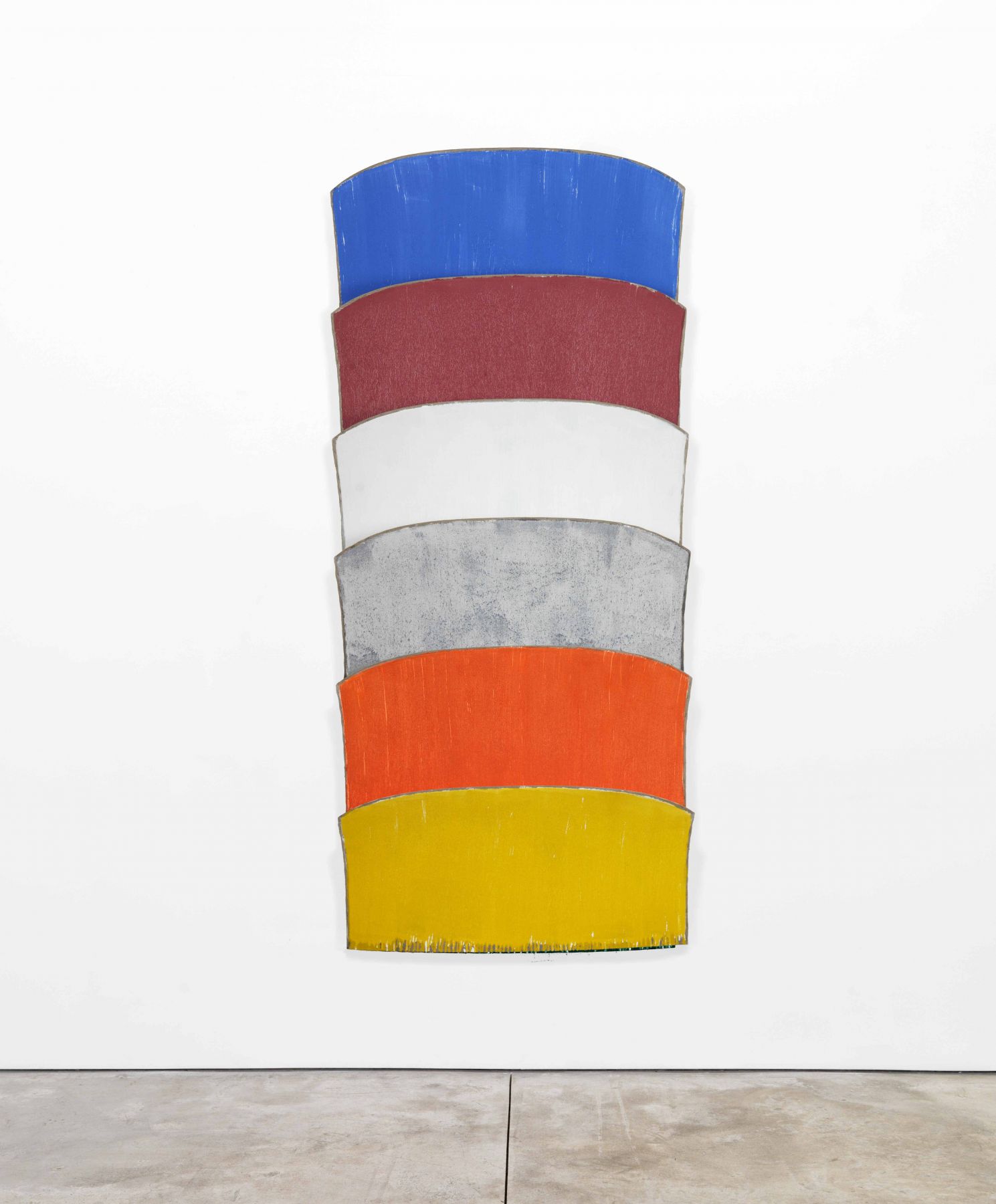 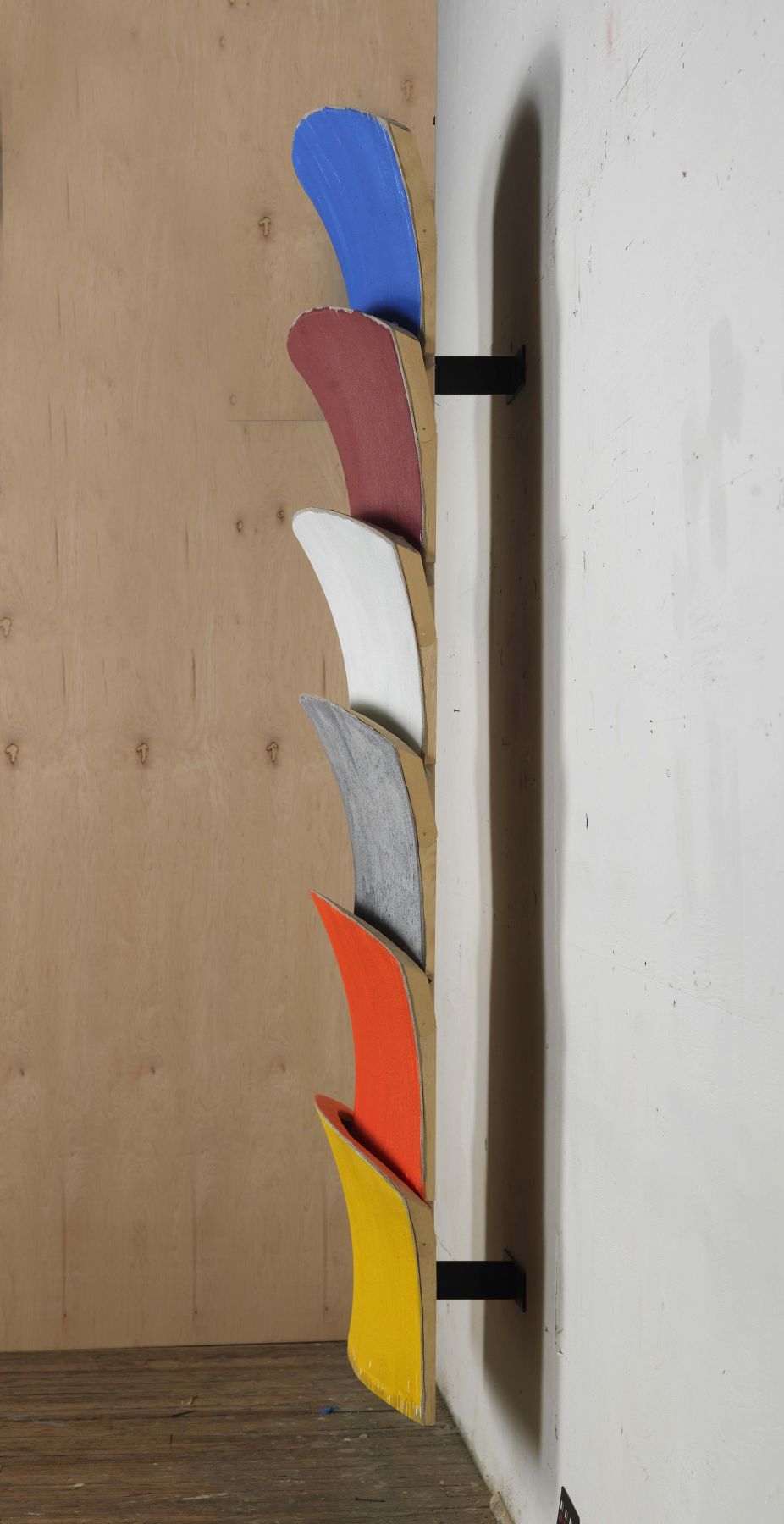 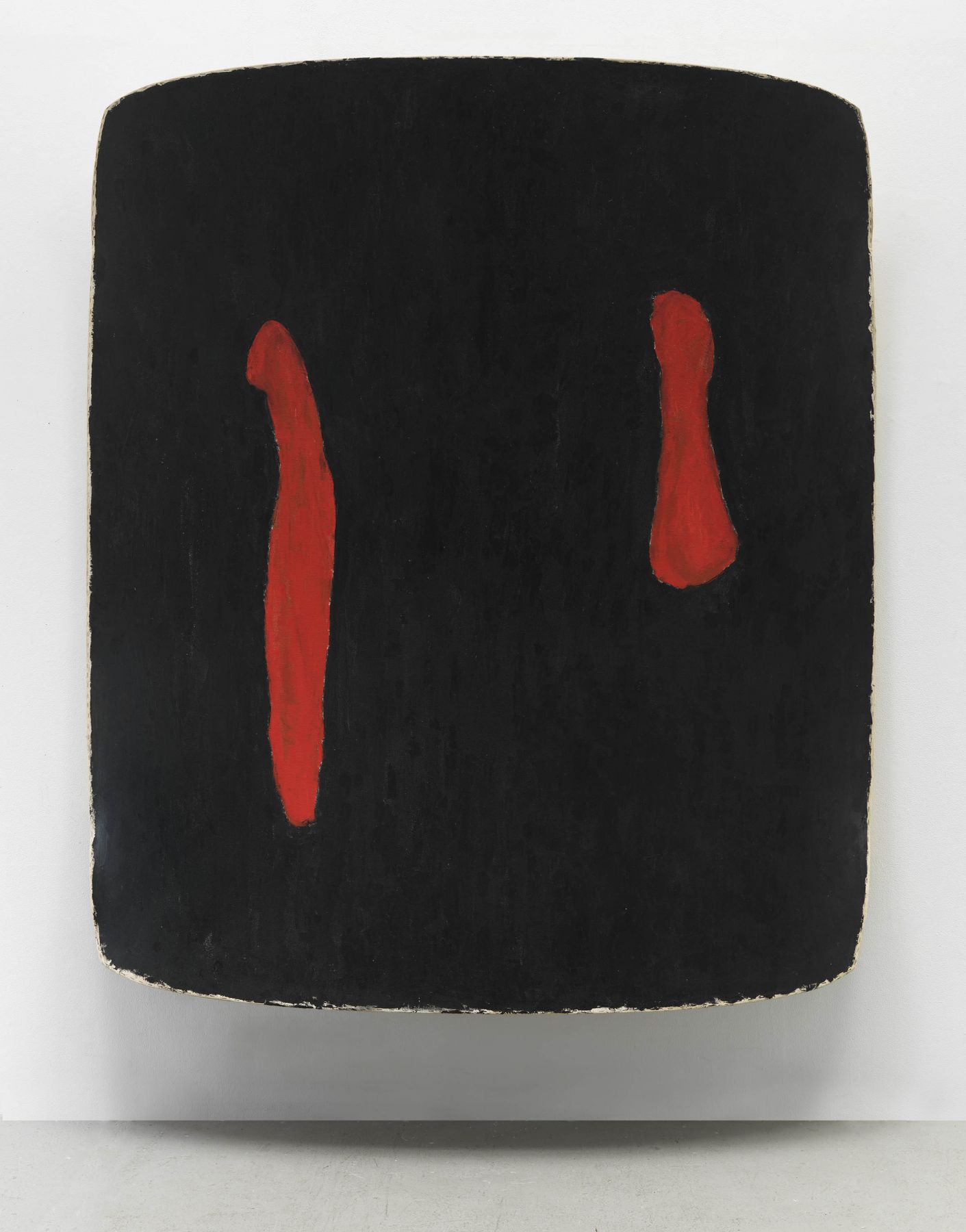 “The purpose of his saddle stretcher is not to give all his paintings the same look, but to subject the act of looking to the subtle stresses and pressures of not knowing quite where to focus—this because all the conventional illusions of depth have been sprung by the simultaneous projection off the wall of his work’s custom-designed support and the concavity of the canvas pulled taut along its margins. What results is the weird, capacious volume his paintings encompass and the invitation that warping space extends to the artist and the view to lose their optical bearings while remaining rooted in the objectivity of the sculptural entity in front of them.”
—Robert Storr, “Old Master Ron,” 2008 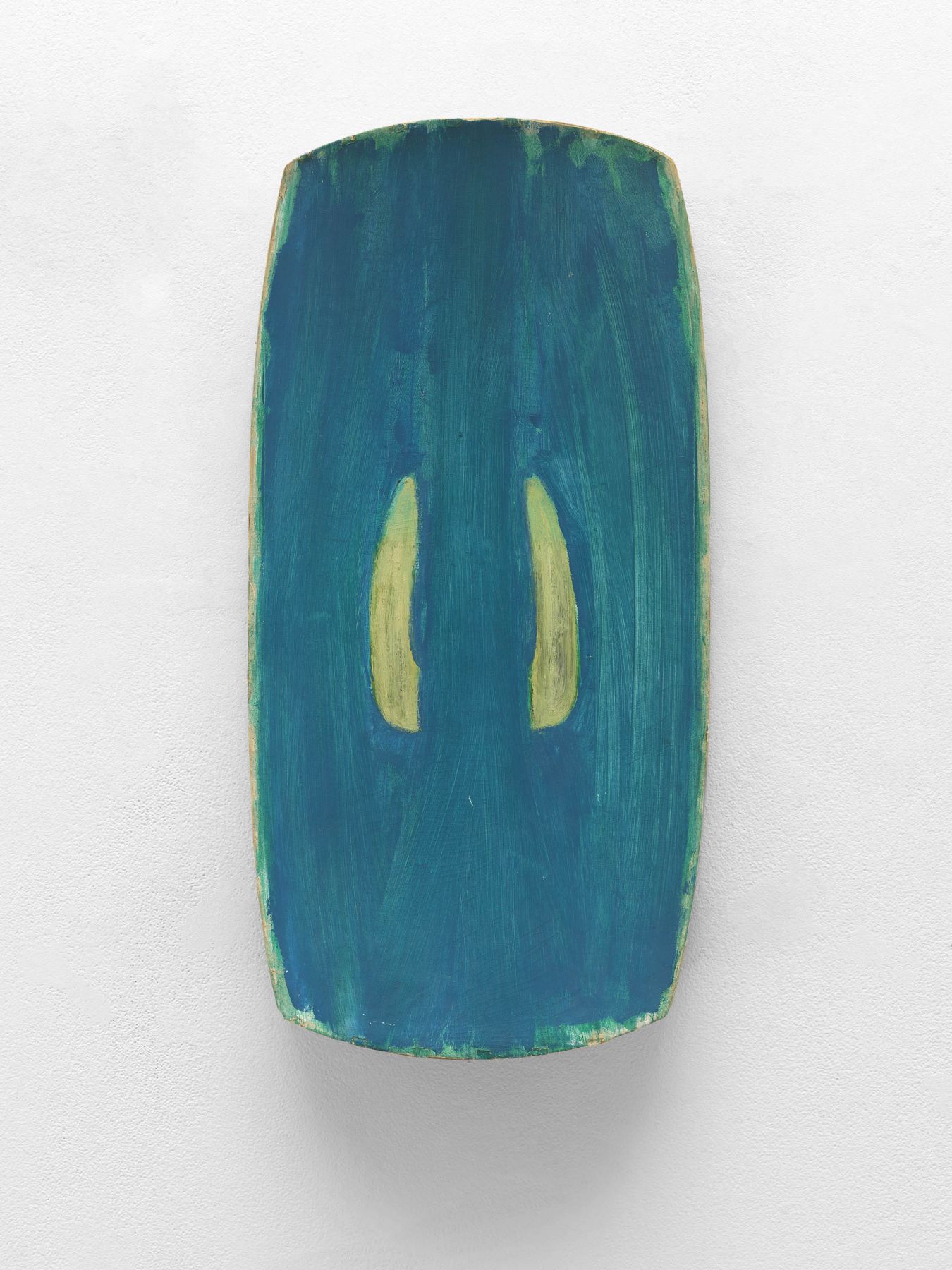 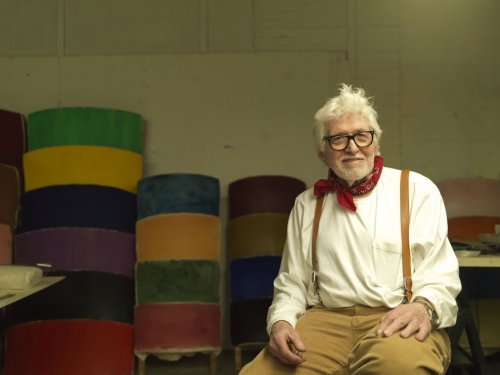 For the past six decades, Ron Gorchov has inspired the artistic community in New York City and around the world with his steadfast dedication to the practice of painting, and his unflinching loyalty to the most limited of painterly means. Virtually every painting the artist has made is restrained to only two figures painted on a ground, executed on his signature saddle-shaped canvas, which is his most enduring contribution to contemporary painting and its history.